IS ISLEWORTH HEADING TOWARDS A HOUSE PRICE CRASH? 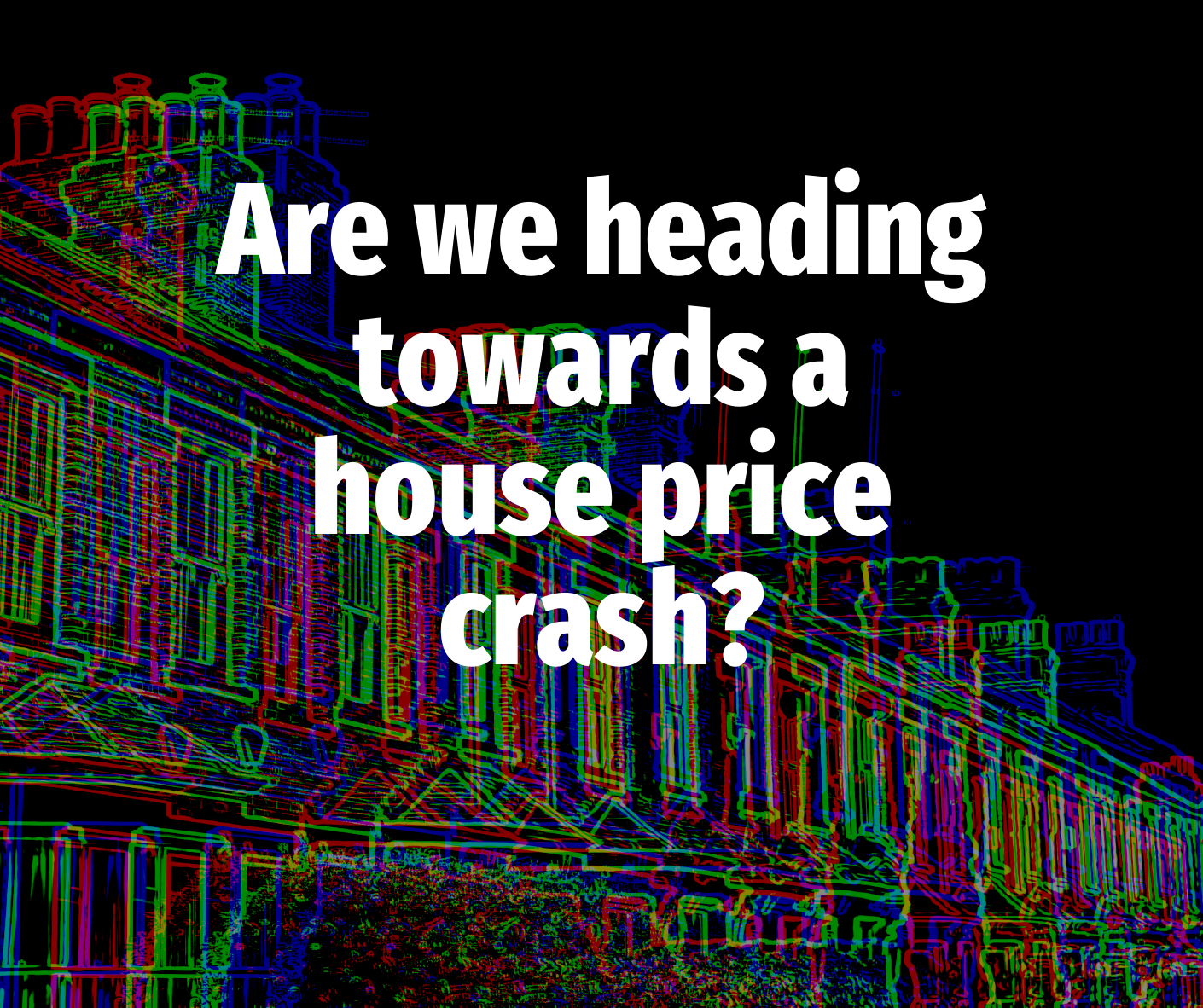 Isleworth house prices rose by 0.6% last month, according to the Land Registry.

This means the annual rate of house price growth in Isleworth has increased to 6.3%.

Looking at the national figures, many people were concerned the UK property market was overheating as spring saw annual growth of 9.9%, the highest rate of house price growth documented since June 2007 (when national house prices were rising by 10.8% p.a.). It was only a matter of a few months later the Credit Crunch hit, and the average value of a UK home plummeted from £190,032 to £154,452 in 18 months, a drop of 18.7%.

Government economic measures such as the Furlough Scheme and the Stamp Duty Holiday have so far shielded the Isleworth property market from the worst economic recession since 1709.

So, the question is, can this growth in Isleworth house prices continue, or is this the start of a house price crash?

One thing is for sure, looking at the number of For Sale boards going up and turning to sold just as quick, shows this market is not maintainable for the long term. Most of the Isleworth people looking to move home have brought forward their home-moves from 2022/3 to this year because of the Stamp Duty Holiday and the lifestyle choice of wanting a bigger garden/office space at home.

Nonetheless, the doom-mongers in the press say there will be a second wave of house sellers that will flood the Isleworth property market in the autumn and winter when furlough ends. They believe many of the 3.4m people still on furlough will be made redundant when furlough finishes at the end of September 2021 forcing them to move home.

This was the catalyst for the house price slump in 2008/9 mentioned above, when many Isleworth homeowners dumped their homes onto the Isleworth housing market.

After all, many Isleworth homeowners lost their jobs and had mortgages paying 6% to 7% in interest payments.

However, the devil is always in the detail. The industry groups with the highest take-up rates of furlough are the hospitality (public houses) sector, where 70% of staff are furloughed. 65% of hotel staff are furloughed, and 44% people in the creative arts and entertainment industry are furloughed. Most employees in these sectors are in their 20’s and early 30’s and are tenants, not homeowners. This is going to be more of an issue for landlords than homeowners.

And of those furloughed homeowners who do unfortunately get made redundant later in the year, looking at the last four most recent house price crashes, buyers were wrestling with significant declines in mortgage affordability. For example, back in 1988, average mortgage rates were 13.9% before that crash and in 2007 (the Credit Crunch crash) 6.5%. Whilst today, they are under 2%, meaning the mortgages are a lot more affordable, and most Isleworth homeowners who get made redundant will be able to ride out the storm better.

But surely, if Isleworth house prices are rising, won’t

Well, with low-interest rates, this means Isleworth homes are still relatively affordable. In 1989, the house price to earnings ratio was 5.4 to 1 (i.e. the average house was 5.4 times the average UK salary), whilst today that stands at 8.8 to 1. It’s no wonder some people are concerned there will be a house price crash (as there was in 2008 when that ratio hit 7.5 to 1).

However, it doesn’t matter what the house price to earnings ratio is …. it is what percentage of your income is required to pay your mortgage.

In 1989, 74.6% of your income was required to service an 80% loan to value mortgage on an average UK home (i.e. you borrowed 80% of the value of your house on a mortgage). In the 1990s that percentage dropped yet rose steadily over the next decade and a half, so by the time we got to 2008, that was an equally eye-watering figure of 61.6% of your income to service an 80% mortgage.

Today, it’s only 35.9% of your income to service an 80% mortgage because of low interest rates.

So, if the issue is not the affordability of houses, what is the problem for Isleworth homeowners?

UK inflation has just gone through the 2% barrier, and I believe by the end of this year or early next, it will touch 4% or 5%. In normal circumstances, this would trigger the Government (or now the Bank of England) to raise interest rates. Yet, we had a similar scenario in the late 1980s/early 1990s with a spike in inflation to 8.5% due to a shortage of raw materials and labour, but this was soon sorted out, and inflation dropped quite quickly thereafter.

Next, will there be a shortage of labour? Some say it won’t be an issue (as unemployment will be higher), yet there are certain sectors of the economy that have an imbalance of trained staff of specialised jobs or people not wanting work in that type of job in the first place.

For example, many hospitality and dining establishments are reporting a shortage of staff because they were often filled with hard-working European migrants. I have read reports of London restaurants advertising for chefs and waiting staff, who would have received 1000+ enquiries for such jobs pre-pandemic to only be receiving applications that could be counted on two hands this summer. The hospitality and dining sector was hit harder than most, having to stop trading during the three lockdowns and working under firm restrictions. This led to the majority of staff being placed on furlough (as mentioned above, 7 in 10 are still on furlough), which has prompted some to ride out the pandemic in their own country.

The question is – will they return? If not, to entice them back restaurants will have to increase the wages they pay to attract the staff, which in turn will mean they will have to put their prices up (i.e. inflation). If businesses have to put their wages up and the cost of raw materials continues to rise, prices for everything will rise, and at this point, higher interest rates will kick in.

But how will increased interest rates affect the

Thankfully, 91% of all new mortgages being written are fixed interest rate mortgages and 78% of all existing UK mortgages are fixed-rate (compared to 32.8% in the credit crunch) … meaning we won’t have so many houses being dumped on the housing market like we did in the Credit Crunch, because on a fixed rate mortgage if interest rates rise – mortgages don’t follow suit.

And that’s the key … unemployment combined with high-interest rates caused many Isleworth homeowners to put their property on to the market in 2008/9. Tied in with curtailed demand for property, because it was really difficult to get a mortgage (that’s why it was called the Credit Crunch) … we had an oversupply and subdued demand of Isleworth homes – causing house prices to drop by 16% to 19% depending on what type of property you owned.

So, a good bellwether and indicator on what will (or will not) happen to Isleworth property prices is the number of properties for sale at any one time.

As we look to the future, if you want a crystal ball of what will happen to the Isleworth property market … you won’t go that far wrong by getting yourself on the property portals and seeing how many properties are for sale.

These are my thoughts … what are yours? 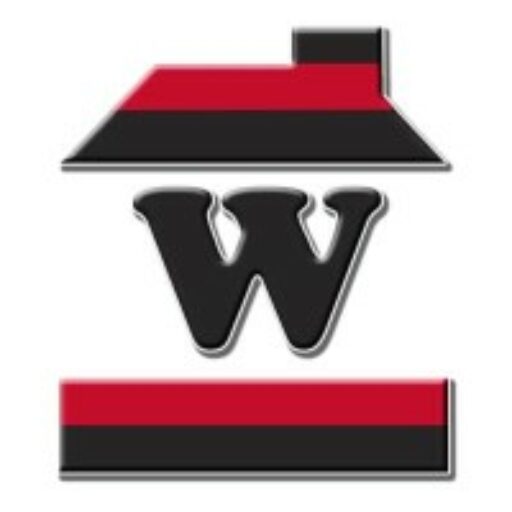